How are the social networks helping us out?

Easily the most common use of Social Networking sites, and the main reason for them existing in the first place, is for personal reasons. The majority of people using Facebook or Myspace keep to the “social” label. It is used for its original purpose – to keep in touch with friends.

Some people will go on simply to update their status or view their friends’ statuses, or to look at photos from the weekend’s night out. Some use it to connect to people they’ve met, a potential girlfriend/boyfriend perhaps, or someone who shares the same interests.

One great way of taking advantage of the personal side of Facebook is keeping in touch with people hundreds of miles away, maybe somebody who has gone traveling or moved to the other side of the world. In the past it would have been nigh on impossible to keep in touch, much less keep up to date with what they are doing.

A wall post on Facebook can work when a phone call would be too much, such as simply commenting to somebody that they should listen to a new song or making an amusing remark. It lets you have small conversations with people that you would not normally bother having if it meant a long phone call.

The people who use the tools for these purposes sometimes have no idea that marketing is going on, or that it is possible to use these networks for business purposes, and some even simply ignore advertising all together.

With the rise of Internet Marketing, social media is being embraced by businesses more and more. Innovative ways of utilizing these tools by connecting directly with customers are being found.

Companies are seeing that the best way to conduct themselves online is to speak to their customers directly using these social networking sites, Twitter being especially useful for this. It increases the reputation of the company, gets them positive reviews and shows that they really care about the customer. It also gives a human face to the large corporation, meaning that customers or potential customers will feel much more comfortable coming back.

There are some great examples of this strategy online, with a company called Virgin Trains being one of the most successful. They have a small team of dedicated and named staff who run the Twitter feed as part of their overall PR role. Whenever a customer has a question or a complaint about the trains, for example – the train is late or something has gone wrong with their ticket, they post it on the Twitter feed and usually get a pretty quick response.

The response is sometimes a simple apology about a train being late, but it gives a human element to the company and this simple gesture could stop them losing a customer for the future.

They can also act as a sort of customer service line, say somebody loses the code to pick up their ticket from the fast ticket machine they will post on Twitter, and get a response with the information they need.

There is also the opportunity for business types to network and expand their business on the social networking platform. This can take many forms, and take bits of each of points 1 and 2.

To get a deal is all about knowing the right people, and if somebody that you went to school with owns a multi-million dollar business and your company do what he is looking for, using Facebook could have you on to a winner. A random friend request from somebody you haven’t spoken to since you were 11 years old could be the key to your company’s success.

Alright, so that might have been a slight exaggeration. You could expand your business through old contacts as well as new, but it doesn’t mean they will be the factor that leads to your success.

Social networking sites like LinkedIn exist for this purpose; for people to network within a business environment. It does for businesses what Facebook does for students and teenagers, it lets people connect. It could find you a new business deal or could even find you a new job!

Another Twitter success story is Dell and their recent Internet Marketing strategy. Their outlet site sells refurbished PCs, and they post details about the newest ones on their Twitter feed. They also post special offers just for Twitter users, and they send information about sales, along with discount vouchers to their Twitter followers. The company has generated $6.5million in revenue from this venture.

This shows the power of marketing on Twitter. This sort of strategy works well for e-commerce sites especially as they can market to an already targeted audience.

People would not follow the company if they weren’t interested in what they have to say. Saying that the strategy works as an additional extra to the normal everyday operations, and not as a new or the only way of marketing for the company, it should not be seen as a guaranteed winning formula and is probably more suited to an established brand as they are more likely to get enough followers to make it effective in the first place.

It would probably not for example work for a company specialising in a niche product, or for a small non-established company.

Social Media Marketing is a trial and error business, so it would be advisable to put into place experiments and do a lot of research before putting all of your eggs into the Twitter basket!

Going hand in hand with the ‘social’ element of Social Networking, people sometimes go on purely for entertainment purposes. Myspace is a prime example of this, as many famous artists have been discovered through these sites (sort of sounds like marketing, huh?). Music is a big part but also videos, such as Youtube viral offerings, are easily spread on social networking sites.

The newest craze is on Facebook, with all the game applications that have appeared over the last couple of years. The most popular of these is a game called Farmville which has managed to acquire 72.9 MILLION users per month. That is a crazy amount of people to be playing a game about running a virtual farm!

Now, a site like Facebook has not really been discovered for many of the other purposes of social networking. How many bloggers do you see marketing, connecting with customers or even conducting any sorts of business through the site? Not many I’ll bet.

It is very important to know the different usage of Social Networking sites BEFORE implementing a Social Media strategy. If you get it wrong and target the wrong people you could be jeopardizing your online reputation as well as any time, effort and money put into the project.

We Will Get You Articles! by Tomasz M.

Here at find your net, we would like to think of our company as family. We value your input and we provide this input to the rest of our family members. This is why w...
» read more

Creating a Facebook tab with iFrame. If you are our client and have already set up a Facebook page, you should definitely consider creating a page tab hosted by...
» read more

Creating a Page To start off lets clear this up.  Pages and profiles on Facebook are not the same.  Profiles are used for individuals, while pages are...
» read more

Why should i optimize my website? What does "optimizing a website" mean? SEO, Search Engine Optimization is a highly effective internet marketing service that will k...
» read more
Try FindShrinks.com Free of Charge for 7 day.

Find Your Net is here to provide online services to any business at a very low cost. If you are looking for a low cost web solution then you are in the right place. We specialize in the specific types of companies, as listed below, but we also offer services to other companies. 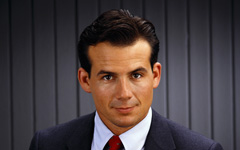 Find Your Net took my vision for my health spa website and made it reality! Sebastian is very easy to work with and prompt with maintenance and changing material to keep the site fresh. You won't find an easier person to work. He is very patient and willing to go the extra step to explain the entire process, especially to one who knows very little. Sebastian made the website template in only three days and is definitely tough to beat cost wise anywhere. Keep up the great job.

You can simply stop your recurring payment and our system will be updated with your cancellation request - however we'd always love to hear the reason why you are leaving, so that we can improve our performance.  Simply send us an email and tell us your username and the reason for leaving.  We thank you for your business!